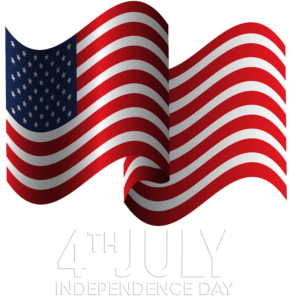 “Lord God Almighty, in whose Name the founders of this country won liberty for themselves and for us, and lit the torch of freedom then unborn: Grant that we and all the people of this land may have grace to maintain our liberties in righteousness and peace….”

This quote is from the Collect for Independence Day found in our Prayer Book.  I  love eighteenth century history in America in terms of the events surrounding the Declaration of Independence, our struggle for independence and the ensuing writing and development of a constitution and government. I continue to be awed by the individuals, whom we refer to as founders, who were instrumental in providing us this great heritage. Because of a personal bias, I have been interested in the founders’ understanding of God, religion and how their religious beliefs impacted their thought processes.

We often hear how important a personal Christian faith was to these early founders. The reality, however, for many of our more prominent founders, including five of our first  six Presidents, is that they were not great believers in the divinity of  Jesus and most of them were in fact fearful of what a prominent religious persuasion might do to the future well-being of this beloved country they struggled to produce.

Jefferson, when running for President in 1800, wrote a letter to Benjamin Rush in Philadelphia who had written Jefferson that the clergy in Philadelphia were berating Jefferson. Jefferson wrote, “I have sworn on the altar of God eternal hostility against every form of tyranny over the mind of man.”  And in his Notes on Virginia, written in 1782, responding to a desire on the part of some to have a religious qualification for those who wished to run for political office, Jefferson stated, “But it does me no injury for my neighbor to say there are twenty gods or no god. It neither picks my pocket nor breaks my leg.”

These early leaders were not against God but were concerned about the manner in which religion was used to the benefit of the religious establishment. Lest we think it was just some anti-religious folks who had this belief, let me read a passage from David Thomas, an  eighteenth century Baptist elder. Thomas wrote, “Tax all things; water, air and light, if need there be; yea tax the night; But let our brave heroic minds Move freely as celestial winds, Make vice and folly feel your rod, But leave our consciences to God.”   All of these leaders, as I read them, knew the importance of having spiritual values influence their decisions. Their concern was whether a small group of religious leaders would be allowed to dictate to the majority of our citizens what right belief was in all circumstances. Our founders valued freedom and that included the freedom to allow our minds to soar and discern what is appropriate behavior as we journey in this new experiment called the United States of America.

Another President, Theodore Roosevelt, speaking a century later summarizes for me the continuing challenge to us in this country, whether it is from a specific religious perspective or simply as a citizen attempting to live into the values we claim as a people. Roosevelt stated, “This country will not be a good place for any of us to live in until we make it a good place for all of us to live in.”  We, as people of God, have much to offer to this great country and her citizens. It is we, who espouse the value and the need to care for the well-being of others, who need to be in the fray of attempting to ensure that this good place for us will be a good place for all who live here. None of our founders were saints, but they dreamed and strived to make this a great land for all people. We are called to do no less.