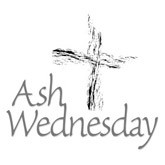 “Almighty and everlasting God, you hate nothing; you have made and forgive the sins of all who are penitent: Create and make in us new and contrite hearts…”

These words come from the Collect for Ash Wednesday.  Ash Wednesday, as we know, is the beginning of the forty days in Lent. Because of the virus we will actually not receive the Ashes this year nor the imposition when the priest says at the imposition, “Remember O Woman, O man, that dost thou art and to dust thou shalt return.”  These are very descriptive words and can be perceived as disconcerting at best. For me, the words from the Ash Wednesday Collect better represent God’s special call upon us during this Lenten season.

We pray, in the first phrase, “Almighty and everlasting God, you hate nothing; you have made and forgive the sins of all those who are penitent.”  The very first phrase is a reminder that God hates nothing God has made. Part of the Lenten discipline is to look at our lives and the world around us from the perspective  that God loves everything and everyone God has created. How have we lived into that? Early on the Christian leaders in the early middle ages established the Crusades to go after those Muslims whom they claimed had desecrated Jesus’ homeland and were moving to influence Europe in a destructive manner. Our own country, entering into the War Between the States in the 1860’s, found some fighting to protect a society that held people of color as something less than human.  The contemporary Jews and Arabs continue to struggle over who are the worthy people?  And today, we as a nation continue to find ways among our citizens to demean and desecrate those who may have a different understanding of God, or are of a different nationality or perceive one color as being better than another. And this is a part of humanity that acts as though surely God does not love the other as he loves me. We can say that is not true but when we open our eyes it is pretty obvious that we have not always lived up to the notion that God has never hated anything or anyone God has created.

There are at least two learnings that the Lenten Season offers us. The first is the knowledge that every human being, however we try, will do those things that

are injurious to ourselves and sometimes impact the well-being of others and that we are called to repent and change. The second learning offered during the Lenten season is the request found in the second part of the Ash Wednesday Collect when we prayed, “Create and make in us new and contrite hearts.”  We are called to acknowledge that we have fallen short in various ways, but we are also taught that the God who created all of us, has the power to “create and make in us new and contrite hearts.”  Not some of us, but all of us. God is not some judge who threatens to throw us in some form of eternal hell, but the Creator and lover of each one of us and God yearns for us to repent of those things that debilitate us, mentally or spiritually, that we may more fully fall into God’s embrace. God wants that for each and every one of us. God not only wants that but is our strength, our comforter and our healer, inviting us into a life that reflects compassion, understanding and the willingness to strive toward holiness; a journey that leads us to the understanding of how much God cares for every one of us as and joyfully welcomes us as God’s eternal love as manifested on Easter Day.